Sony SAB has kept the viewers entertained with its light-hearted value driven show Maddam Sir featuring Gulki Joshi and Yukti Kapoor amongst others. The upcoming episodes of Maddam Sir are set to send shock waves across the viewers as everyone’s beloved S.H.O Haseena Malik (Gulki Joshi) is caught with bags of drugs in her car. The fans of Maddam Sir must brace themselves for the episodes further as the situation take a serious turn when even Haseena’s blood test report also comes positive for drug consumption.

Haseena Malik, the young, witty and an idealistic woman who believes in always staying true to her values, is shockingly caught in possession and consumption of drugs. The pride of Lucknow’s Mahila Police Thana – Maddam Mallik, has raised questions on her integrity and the future of the police station with her worrying involvement with the drug mafia. While several accusations are made against Haseena, the entire Mahila Police Thana team is convinced of Haseena’s innocence but the real challenge arises when all the evidence stand against Haseena.

On the other hand, the matter worsens when the drug case puts Mahila Police Thana’s future under a hanging knife. Committed to prove Haseena’s innocence and save the thana, Karishma (Yukti Kapoor) confronts Haseena to know the truth but Haseena has only silence to offer.

Why is Haseena quiet about this matter? Is she really involved with the drug mafia? Will Karishma find a way to prove Haseena’s innocence?

Gulki Joshi, essaying the role of Haseena Mallik said, “Shooting on the sets of Maddam Sir is really an adventurous in itself. Every other day we come up with a new story which starts a new chapter for all of us. Our viewers have always seen Haseena solve cases in her unique andaaz but the upcoming episodes, this Christmas, will put Haseena in a convict’s pedestal. Haseena who is a righteous officer will be caught for drug possession and consumption. When I read the script I was really thrilled and also a little nervous for Haseena. This is unlike Haseena to be caught in a situation like this. The episodes are intense and nail biting. I was really engaging for me to shoot for the episodes and I am sure our viewers will thoroughly enjoy this nerve wrecking twist.”Keep watching Maddam Sir every Monday-Friday at 10 PM only on Sony SAB 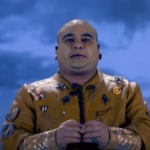