Taking a rather dramatic turn, Sony SAB’s Aladdin: Naam Toh Suna Hoga is here with yet another surprise for the viewers. While Aladdin (Siddharth Nigam) is getting flashbacks of his past life, he is also now on a mission to take away Zafar’s (Aamir Dalvi) powers and get back the memories of the people of Baghdad. On the other hand, Yasmine (Ashi Singh) is also nearing the truth.

Once again taking the Kala Chor avatar, Aladdin successfully takes away two of Zafar’s power devices– the glove and the staff. However, Zafar still owns one last power, this one, in his blood. Aladdin convinces Zafar to store people’s memories in a cave, which he plans to steal later, only to realize that the door is sealed with Zafar’s blood. Using Zafar’s staff to open the door, Aladdin and Ginoo (Raashul Tandon) eventually reach the box of memories. Yasmine, who had been following them, arrives there too and the two indulge in a fight, ultimately releasing Ginoo’s memory from the box.

Despite this, will Ginoo get his memory back? How will Aladdin and Yasmine help people of Baghdad regain their memories?

Siddharth Nigam, playing the role of Aladdin said, “It felt so good to be back in the Kala Chor avatar after so long. I really like that character as he is someone who does good deeds without revealing his identity. This new turn of events might be Aladdin’s final chance of defeating Zafar and viewers are in for a lot of surprises with the upcoming episodes.”

Raashul Tandon, playing the role of Ginoo said, “While Aladdin has already been getting flashbacks of his past life, he is now committed on getting back the memories of people of Baghdad. However, Yasmine has been proving to be a hindrance in his plans. Since the ball containing Ginoo’s memory falls and breaks because of Yasmine, it will be interesting for our viewers to watch what happens next. We have been having a lot of fun shooting these scenes, that require us to go sometime in a cave, a jungle or snow.”Keep watching Aladdin: Naam Toh Suna Hoga, Monday to Friday at 9:30 PM, only on Sony SAB 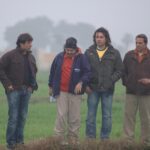 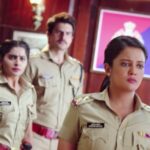