Khushali Kumar and Parth Samthaan recently intrigued fans online when a picture of them together went viral. Putting an end to the suspense, the two have come together for a T-Series single, a soulful romantic song, Pehle Pyaar Ka Pehla Gham. The song composed by Manan Bhardwaj and penned by Rashmi Virag, reunites Jubin Nautiyal and Tulsi Kumar, who earlier won hearts with the electro-folk track ‘Ta Chuma’

Director Mohan S Vairaag captures the electrifying chemistry between Khushali Kumar and Parth Samthaan in the single that will take you on a beautiful journey of first love and it’s ups and downs.

Khushali Kumar says “I believe that great combinations are a matter of destiny. Such was the case with Pehle Pyaar Ka Pehla Gham wherein Tulsi and Jubin united for the vocals, the lyrics of which were beautifully composed by Manan Bhardwaj. The entire experience was a free flowing one and emotions just came out effortlessly.”

Parth Samthaan says “The kind of reception the teaser picture received on social media has been overwhelming. It’s been a pleasure working with Khushali Kumar and hopefully fans will like our chemistry in the song. ‘Pehle Pyaar Ka Pehla Gham’ is a soulful romantic song and I’m confident listeners are going to love it.i had a great time working with the entire team .. it was full of good vibes .. I guess that will reflect in the video as well”

‘Pehle Pyaar Ka Pehla Gham’ will be out soon on T-Series’ YouTube channel. 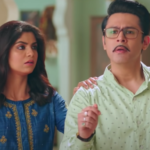 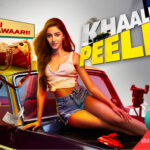