This weekend, prepare yourself for a real-life inspired tale that will warm your heart to the core. Directed by the Oscar-winning filmmaker, Danis Tanovic, the Emraan Hashmi starrer, Tigers is bound to keep you on the edge of your seat with its engrossing story line and stellar performances. Based on a true story that centres on one salesman’s fight against an American conglomerate and is all set for its World Television Premiere on 27th December at 9:30 pm only on &pictures – On Nahin, Full-On!

The plot moves along the life of a middle-class Pakistani salesman, Ayan, played by Emraan Hashmi, who is employed by a multinational company which makes formula milk for infants. The formula, as it turns out, is slowly poisoning the kids and as soon as Hashmi’s character figures it out, he wants to break the chain and bring justice. The film also received recognition at the Toronto International Film Festival. Alongside Emraan Hashmi, other popular names in the film include Geetanjali Thapa, Adil Hussain, Satyadeep Mishra, Danny Huston, and Khalid Abdalla.

Thrilled about the premiere, Emraan Hashmi shared, “Tigers has been really close to my heart and I am truly excited for its premiere on &pictures. This is a story that people should be aware of in every corner of the world as this is not fiction but is a real story that stays relevant till date. We have received a phenomenal response for the film from across the globe and I truly hope the audience on &pictures would love it too, so do not forget to catch its world television premiere on 27th December at 9:30pm”Get ready to be Full-On inspired with the blockbuster premiere of Tigers on 27th December at 9:30pm only on &pictures 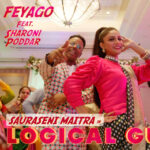 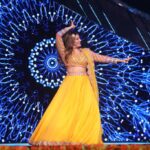