Television’s popular face and multi-talented actor Giriraj Kabra will be portraying the character of Devdoot in &TV’s Yeshu. Having essayed various roles over a while, Kabra is thrilled and excited about his new role. As ‘Devdoot’, Giriraj will play a pivotal role in Yeshu’s life right from his birth to growing up years. Giriraj Kabra shares, “Playing the role of Devdoot is almost surreal, as it encompasses the character of an angel who is of the purest form. It is a very intriguing and exciting role which I have never played before. Devdoot guides those in doubt and brings clarity in times of uncertainty. He will be a messenger and will be the chosen one to carry out the tasks. Apart from the character, I am also quite thrilled about Devdoot’ s appearance. I look forward to an exciting start and a wonderful experience.”

‘Yeshu’ is a story of an exceptionally benevolent child who only wants to do good and spread happiness all around him. His love and compassion for all is a stark contrast to the dark, evil forces prevalent during his birth and childhood. Witnessing the various atrocities on his family and in society has a deep impact on him. His attempt to help others and ease their pain often leads to situations where he inevitably ends up being hurt and condemned by the oppressors and the people at large. But even that does not stop Yeshu from continuing his path. It is not only the most iconic story of good versus evil, but it also captures the beautiful relationship between Yeshu and his support and guide – his mother. 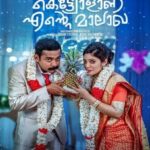 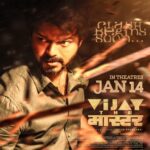