If the upcoming episode of &TV’s Bhabiji Ghar Par Hai had to be captured in one line, it would be, ‘Golmaal Hai Bhai Sab Golmaal Hai!’. Vibhuti Mishra (Aasif Sheikh) tries to help a lonely lady but ends up paying for it heavily as a group of goons disguised as police extort money from him.

Simultaneously, it strikes Manmohan Tiwari (Rohitashv Gour) that his business is facing losses. Angoori (Shubhangi Atre) decides to cheer him up but the moment backfires. Feeling sad, she approaches Anita (Saumya Tandon) who happens to be appointed by an NGO to provide aid to helpless women and promises to help Angoori with her situation.

Simultaneously, Anita uses her newly attained power to start her investigation against Vibhuti and checks his bank statements, only to realize that he has lost 1.50 lacs in shares. Through TMT (Vaibhav Mathur, Deepesh Bhan, Saleem Zaidi), and Saxena (Saanand Verma) the ladies realize that Vibhuti was robbed by a gang.

On the other side, Tiwari’s mother tells him that the only way to recover his sinking business is to have a drink with an unknown woman. Ready to go to any lengths to save his business, Tiwari asks many women including Anita who end up refusing. Vibhuti then steps in and says that he will ask his friend to drink with him.

He then disguises himself as an abla naari and meets Tiwari for a drink and, TMT disguise themselves as police officers, ready to rob him. By then, Angoori and Anita realize that something is amiss follow Tiwari only to catch him red-handed with Vibhuti disguised as the abla naari. With them under the impression that she is a helpless woman, Anita offers her some money and clothes. Greedy to get more, the disguised Vibhuti plans to now extort 5 lacs from the government by using the NGO. The next day, Saxena who meets Anita tells her that since he ready to get married, he should marry Vibhuti who is disguised as an abla nari. Convinced, she begins the preparations for their marriage. The question in point is – Will Vibhuti’s plan to extort money succeed or will he end up marrying Saxena? Commenting on his look Aasif Sheikh (Vibhuti Mishra) says, “In this episode, I will be seen as an abla naari and getting into the look was a lot of fun. My co-cast members teased me a lot saying that I make a pretty woman enough to give competition to the ladies around. I also got a chance to receive a windfall of money, which added to the fun element. This week’s episodes will have its moments of siyappa as well as be filled with laughter and will surely keep you, our audience engaged. So, stay tuned for fun!” 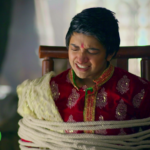 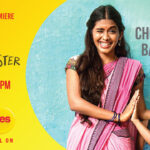