This Saturday, witness a Full-On powerful yet heartwarming tale on your screens as &pictures present yet another Rakeysh Omprakash Mehra masterpiece with Mere Pyaare Prime Minister. A dramatic feature which beautifully highlights a relationship between a mother and son, spotlights the issue of open defecation and the lack of toilet facilities for the underprivileged. From the director of Rang De Basanti and Bhaag Milkha Bhaag, Mere Pyaare Prime Minister is a rally of strong performances by Anjali Patil, Om Kanojiya along with Atul Kullkarni, Adarsh Bharti, Prasad and Syna Anand in pivotal roles and premieres on &pictures on 16th January at 6 PM.

In addition to brilliant direction, a well-written script instilled with social messages, and notable performances, the music of the film by Shankar-Ehsaan-Loy transports you to the Full-On love, care and struggle that the film tries to depict.

Talking about the film, Anjali Patil said, “Mere Pyaare Prime Minister is a product of strong storytelling and great filmmaking. In my opinion, to make such a socially sensitive film without making it a heavy cinema is an art. Apart from the sincerity in the film, the innocent relationship shared by the mother and her son is priceless. The situation they are in and the journey they take together is heartwarming to watch and I feel glad that I got to be a part of such a project. I am thrilled about the World Television Premiere on &pictures as Mere Pyaare Prime Minister will get a wider audience and greater reach.”

Through the wretched lives of eight-year-old Kanhaiya/Kanhu (Om Kanojiya) and his mother, Sargam (Anjali Patil), Mere Pyare Prime Minister is a story of a boy from a Mumbai slum dreams of building a toilet for his mother. Kahnu writes a letter to the prime minister after his mother Sargam is raped while on her way to using an open-air facility in a slum in Mumbai. Kahnu and his friends trek to Delhi, where they manage to get his hand-written letter across to the most powerful person in India with the help of a friendly government official. 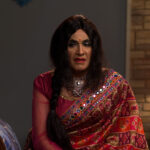 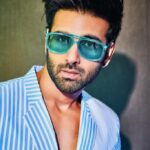