Fathers are a really crucial part of a family and the same holds true for Sony SAB family. From caring for the family to being the pillar of strength. Dads certainly know how to tie the family together.

There are different types of dads we come across who have their own unique ways of parenting or varied styles in which they deal with their children. We might have come across a lot of them but Sony SAB family brings the ultimate dad clan together which we can’t help but love.

Who can miss the father on a mission to be his teenage son’s friend? Rajeev Bansal has left no stone unturned to befriend his son Ansh and bridge the generation gap between the duo. From dancing on rocking tunes to egging a professors house, Rajeev has been the perfect yaar Ansh could find. The story keeps getting excited as new challenges come ahead of Rajeev, conflicting him between being a father and a friend.

A father who knows when to abide his son to certain rules and when to be over protective and supportive to him, Jethalal is a perfect example for such an Uber-cool dad. From accepting Tapu’s silliest demands to caring for him with all his love and support, how can anyone miss watching the super cool, benevolent dad Jethalal.

A father who lives by rules and loves to take his ancestral legacy forward, Dharampal Thakur is a father who can both very strict yet loving. While he won’t budge from his decision of letting his daughters take over his salon Kaatelal & Sons, he sure can be the most protective of his daughters Garima and Susheela. Dharmapal is a father who is traditional at heart but loves to provide the best for the family.

A film producer, Ranjeet will try everything to save the big bucks in his pocket. However, he is a father who will even make mountains move for his son Rocky’s happiness. A happy go lucky person, Ranjeet cannot see his loved ones sad. Watch these awesome dads only on Sony SAB 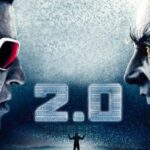 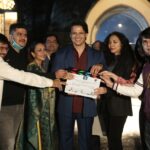