After the runaway success of Criminal Justice last year, Hotstar Specials is set to launch the next chapter in the franchise titled Criminal Justice: Behind Closed Doors.

One of India’s most loved characters Madhav Mishra returns for what is deemed as the toughest case of his career.

The prime accused Anu Chandra has confessed to stabbing her husband, an eminent lawyer – Bikram Chandra and is guilty in the eyes of law.

While many believe it to be an open-and-shut case, Anu’s subsequent silence and unwillingness to defend herself begs the question – is there more to the case than what meets the eye?

The quote ‘Innocent Until Proven Guilty’ used in the series holds a very strong message that has kept audiences guessing.

The 8-part courtroom drama series has been directed by Bollywood’s Rohan Sippy, Arjun Mukerjee, and written by Apurva Asrani.

Criminal Justice: Behind Closed Doors is one of the few stories in India to showcase the life and ordeal of women in prison.

Speaking about his character, Actor Pankaj Tripathi said, “It’s heartening to know that Madhav Mishra made such an impression on audiences that the makers brought him back for the second chapter – I hope that I can live up to the expectations!

What I love about this character is his humility and quirk that cuts through intense moments with such humor and grace. Criminal Justice: Behind Closed Doors is a gripping show from start to finish and I think will be an eye-opener for many.”

Actor Kirti Kulhari added, “Anu has been the most challenging character of my career till date. With relatively lesser portrayals of female-criminals on screen, I had to think about how I wanted this character to appear on-screen – even when the odds are against her, she does not lose her dignity and maintains a stoic silence. It’s a compelling story that will leave you guessing till the very end– It’s a great binge-watch!”

The  8-part courtroom drama series has been directed by Bollywood’s Rohan Sippy, Arjun Mukerjee and written by Apurva Asrani; and is set to launch on 24th December 2020 in 7 languages on Disney+ Hotstar VIP. 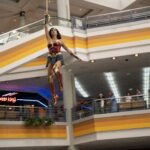