After his death, her in-laws begin to mistreat her and blame her for his death. She eventually leaves home with her children to stay at Ramji’s (Jagannath Nivangune) house who is surprised by her visit. But soon, he senses that something is amiss and, allows her to stay until the matter gets resolved.

Gangabai’s in-laws follow her to the village to demand their grandson’s custody which deeply affects Bhimrao and his family. It is now upon him and his family to help Gangabai resolve the matter and ensure the children stay with her. But soon, an unpleasant situation occurs where Damodar goes missing, and his life is in grave danger, and Bhimrao is blamed for his disappearance.

Would Gangabai and family question Bhimrao and blame him for Damodar’s disappearance? How will Bhimrao tackle this crisis? Ramji Sakpal (Jagannath Nivangune) shares, “Bhimrao will be caught in a scuffle between his loving sister Gangabai and her in-laws. He tries all his might to make Vinayak and Damodar understand the importance of their mother, Gangabai in their life. However, her in-laws dismiss all his attempts to solve the matter. Ramji wants to resolve the situation but feels helpless. In such a scenario, will Ramji and Bhimrao be able to diffuse the situation is what remains to be seen?” 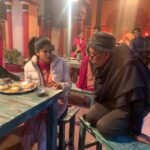 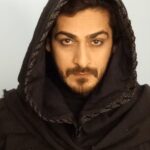