Be it bullets or grenades, nothing can stop the one-man army ‘Bloodshot’. This 4th November, &pictures– On Nahi, Full On, brings to you one of the biggest superhero movies of 2020 with the Hindi Television Premiere of the Vin Diesel starrer Bloodshot. Promising full on action, full on thrill and full on punch, this power packed entertainer transports you to sci-fi world of the superheroes, revelations and warfare. An adaption of the award-winning comic, the edge of the seat thriller revolves around Ray Garrison, a bionic soldier with full on superpowers and his blood thirsty quest for revenge against the people who gave him a new life.

A treat to all action lovers, the movie showcases the unstoppable action hero, Vin Diesel in a never seen before avtaar as the world’s first biotech superhuman alongside a stellar star cast featuring Eiza González, Sam Heughan, Toby Kebbell and Guy Pearce. Bringing to life, one of the most advanced superheroes of all time is the talented director, David S.F.Wilson. So, brace yourselves to watch Vin Diesel bring down the bad guys with some jaw dropping action in the Hindi Television Premiere of Bloodshot on 4th November at 8 pm only  on &pictures.

Based on the bestselling comic book, the superhero thriller moves along the life of Ray Garrison, an elite soldier who is brought back to life as the superhero Bloodshot by the RST corporation. With an army of nanotechnology in his veins, he becomes an unstoppable force-stronger than ever and can heal instantly. As he starts going on his missions, he soon finds himself chasing different targets only to uncover a dark and dangerous secret about the people who brought him back to life. On finding out the truth, he goes on quest to seek revenge. What is the secret that Ray discovers? Will he succeed in taking down the people who gave him a second life?

So, get that popcorn cracking for an entertaining movie night filled with full on action and thrill with the Hindi television premiere of Bloodshot on November 4 at 8pm only on &Pictures! 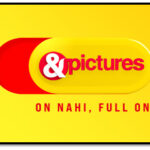 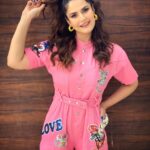